At Salters’ Hall, we pride ourselves on being one of London’s most unique venues that can be exclusively hired

From small dinner events for 20 guests to corporate events for 130 and drinks receptions for 300, Salters’ Hall is the perfect venue for exclusive hire to suit your requirements and is one of London’s most desired party venues. The venue comprises of four different event spaces – The Main Hall, The Court Room, The Dining Room and The Garden. Our venue is located close to Liverpool Street train station and other convenient transport links and can be used to host a variety of different events. It is a perfect space for Drinks Receptions, Weddings, Corporate and Private Celebrations, Product Launches, Award Ceremonies, Conferences and much more. We also have our own onsite caterer here at Salters’ Hall. Seasoned have truly mastered their craft and have over 40 years’ experience using locally sourced, seasonal ingredients to deliver exceptional food to the guests that we welcome inside our venue.

Salters’ Hall is a true marriage of ancient and modern, a perfect combination for a distinctive dining experience. The main event spaces at Salters’ Hall are accessed through a modern pavilion entrance and found on the fifth floor, commanding a fine view over London Wall and St Paul’s Cathedral. Historic artefacts are placed throughout the building, pointing to The Salters’ Company’s historic involvement with the salt trade.

Each event space holds state of the art facilities, whilst still offering an impressive piece of history. The Main Hall, Court Room and Dining Room all feature honeycomb-pattern carpets and floor-to-ceiling windows, and are all accessed via a large foyer, aptly named the ‘Salt Lobby’. The Salters’ Garden is a rarely discovered outdoor space in the City, having recently re-opened following extensive landscaping and provides a secluded location for conference breakout spaces, or as a central summer party destination.

Salters’ Hall has been used as a commercial events space since 1976 – it has hosted numerous Livery dinners as well as important City conferences and private events. Alongside venue spaces, the Hall includes office spaces, apartments, a library and even a wine cellar. The refurbishment has retained the Grade II listed interiors and created dramatic entertainment spaces which are flexible, comfortable and fully equipped for modern business needs.

Salters’ Hall is a unique 4,200 sqm Brutalist building that is striking and modern in stature. It is now home to The Salters’ Company, a 600-year-old Livery Company and one of London’s Great Twelve Livery Companies.

Refurbished by de Metz Forbes Architects and re-opened in late 2016, the Hall is one of the only Livery Halls in the City to have been built in a more contemporary style, yet still retain a Grade II listed status for the internal spaces. Salters’ Hall is also home to the largest landscaped area created in the Square Mile since the First World War. The recently completed refurbishment and intricate design won Salters’ Hall the coveted RIBA London Regional Award in May 2018.

The Salt Lobby on the fifth floor is a vaulted corridor modelled on a salt cave, lined with antique salt cellars and a huge block of salt. There is full access to the Lobby and a beautiful staircase, hung with a cascading chandelier, with lights formed in the style of rock-salt crystals. 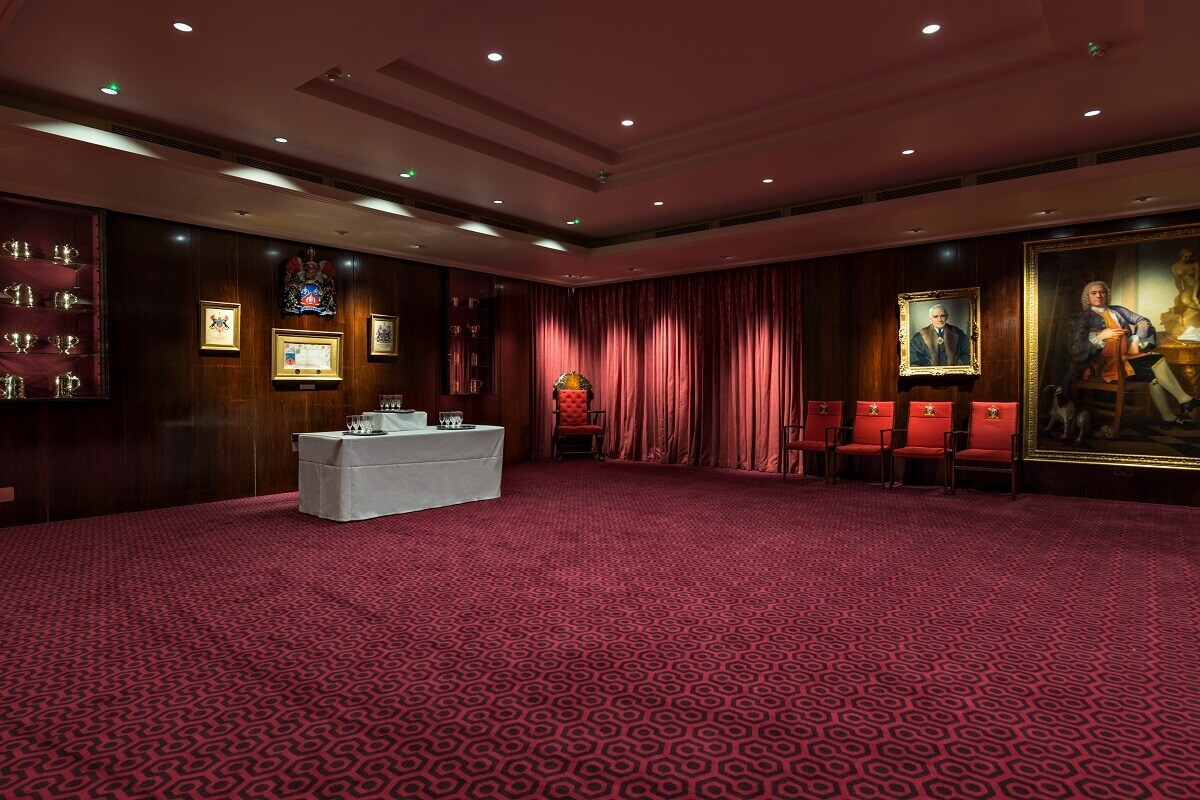 A smaller and more intimate setting, the Court Room continues the grandiose theme of the Main Hall and is perfect for a corporate event. It provides a similar decadent feel with its rich colours, rosewood panelling and beautiful stained-glass windows. 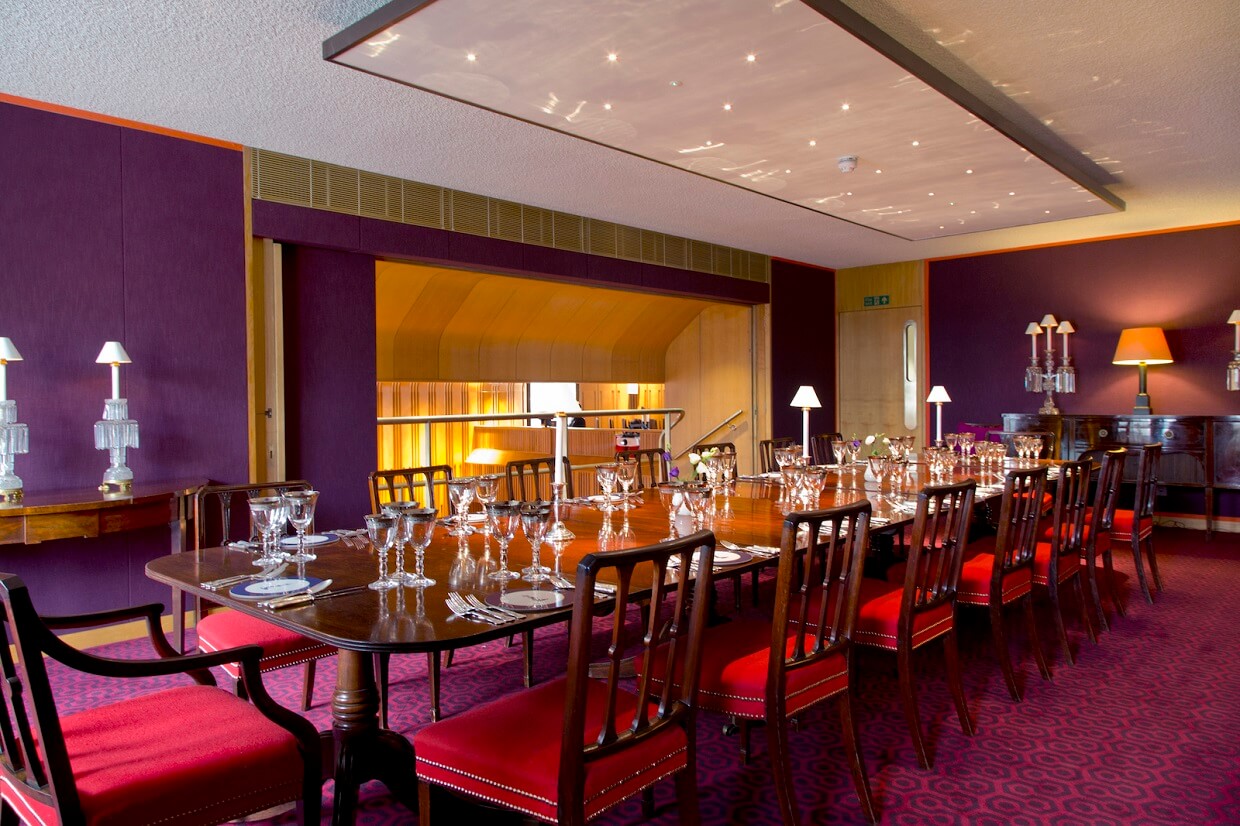 The Dining Room is an elegant private dining space specifically suited for use as a breakout area as part of a larger event in the Main Hall. The Room is on a mezzanine overlooking the Main Hall and can accommodate up to 20 people at one long boardroom table; a perfect space for Christmas parties. 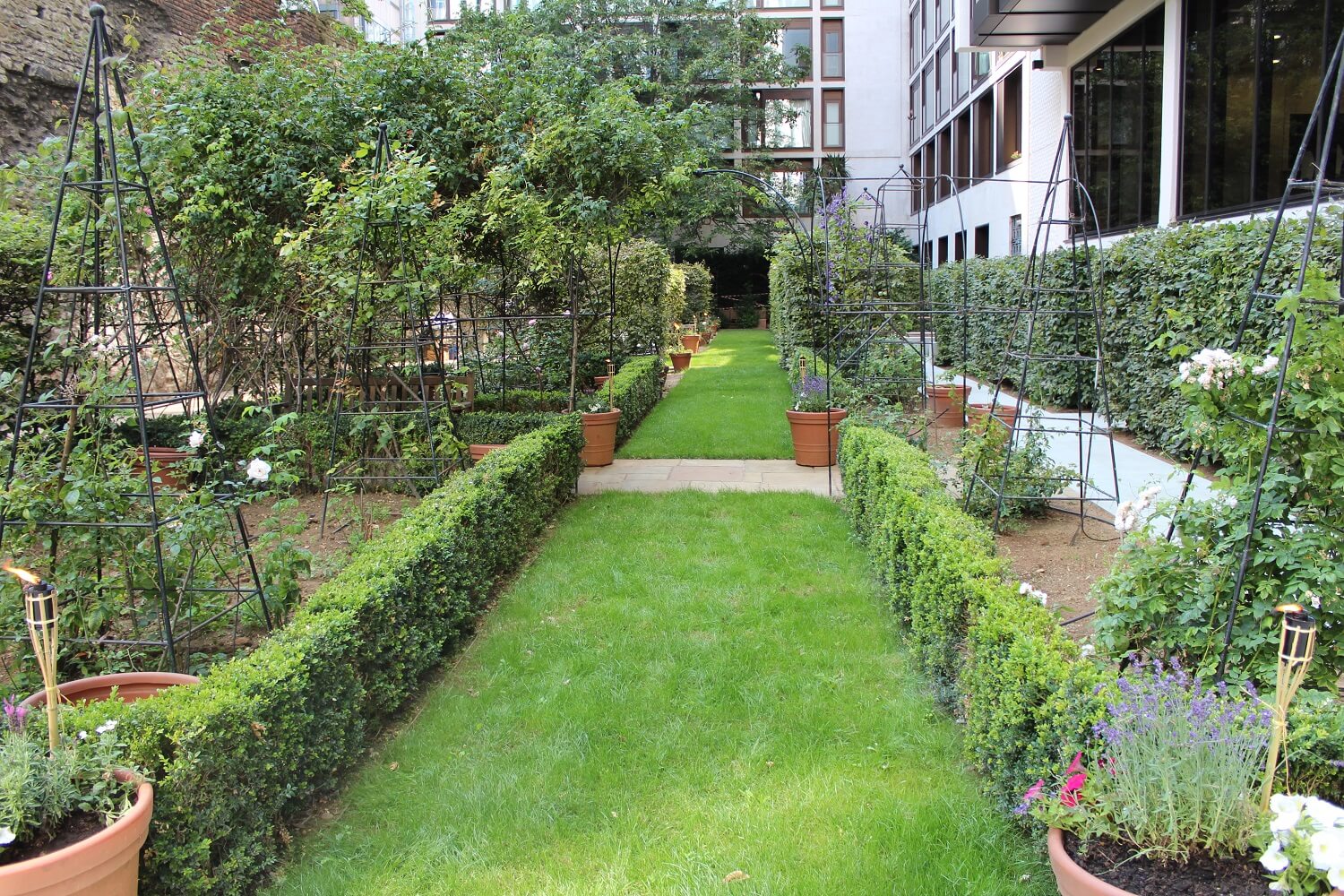 The Salters’ Garden is one of London’s hidden gems, with a portion of the London Wall and the surrounding acre-wide preserved gardens giving this stunning outdoor space Roman heritage site status. It's perfect for summer parties, BBQs, wedding receptions, team building activities and conferences for up to 300 guests. 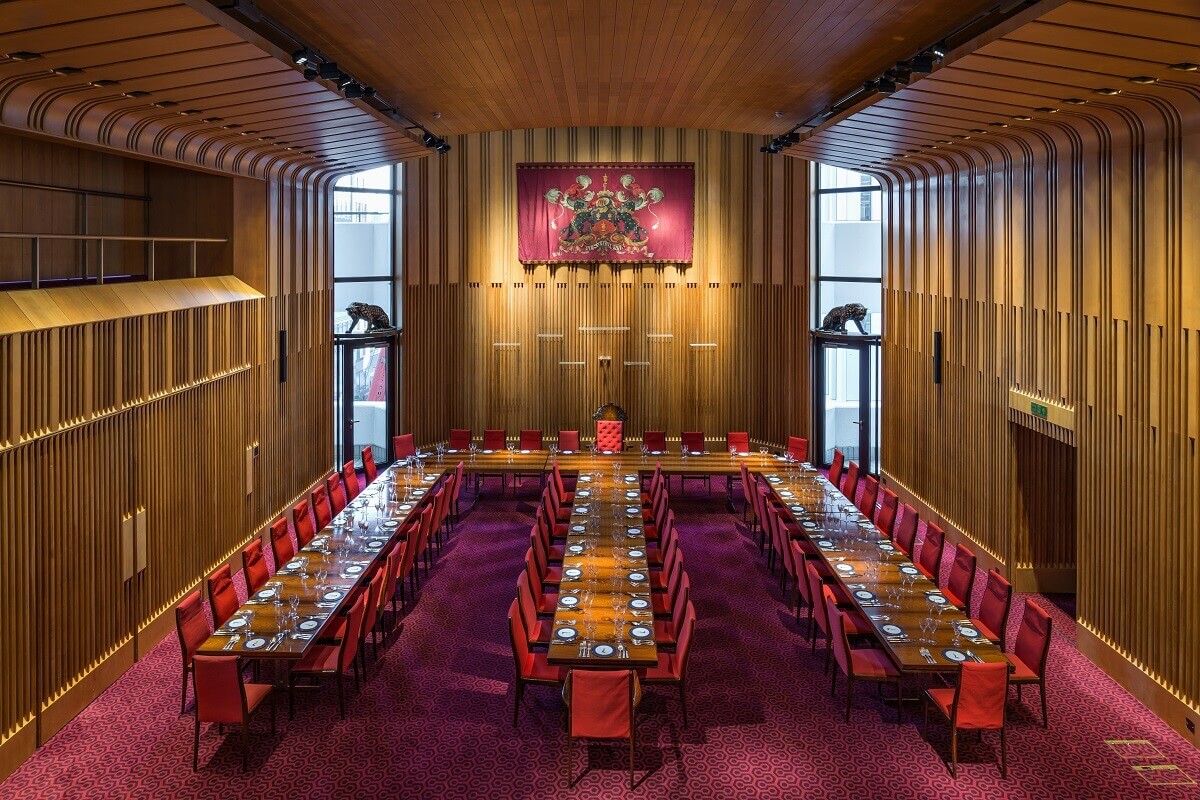 The Main Hall is a magnificent room and is a perfect hire space for a private party with dinner and dancing and can be used as a wedding venue. It is with fluted ash panels, deep red carpets and ironmongery. The double-height hall features top-to-bottom corner windows and a gallery. 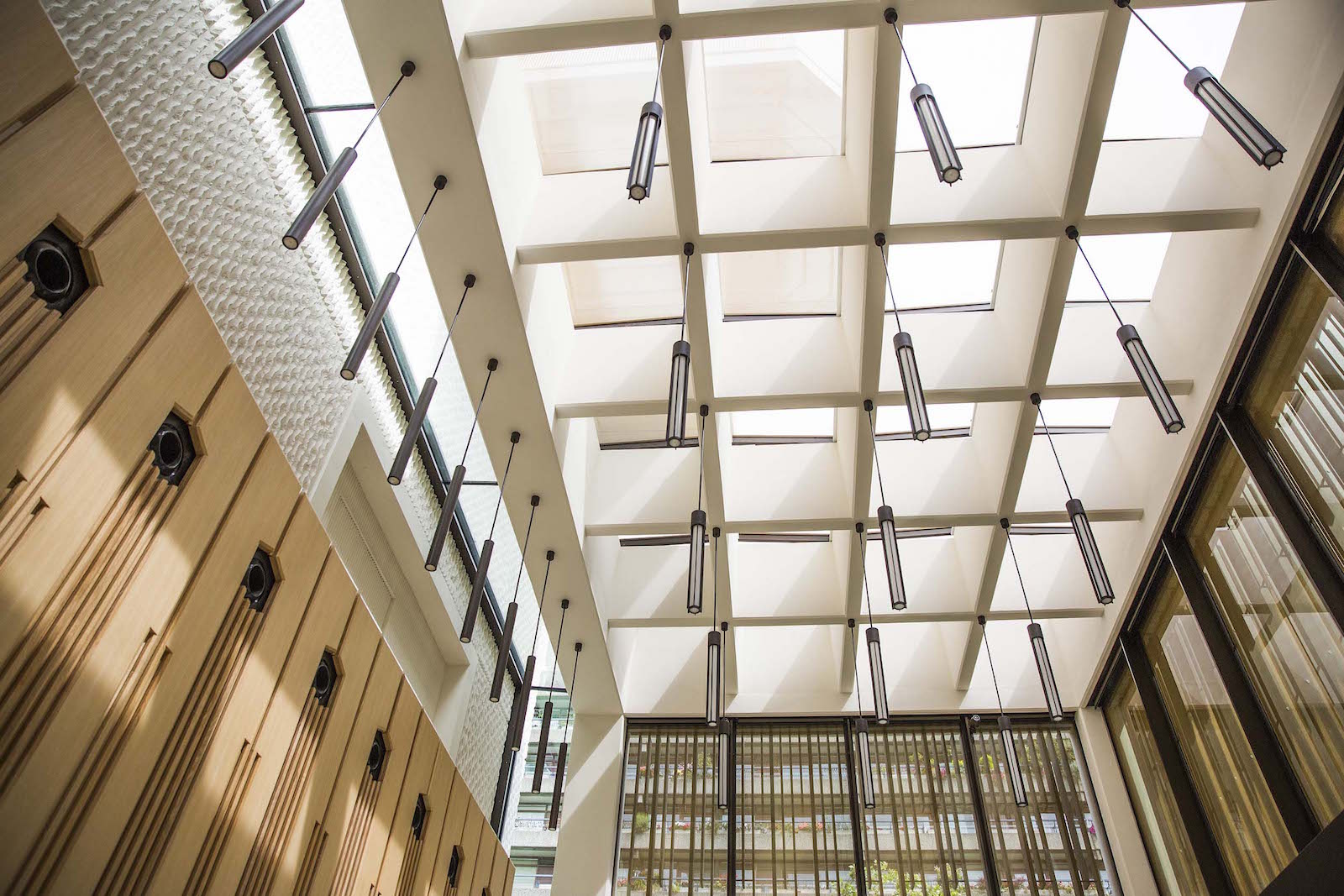 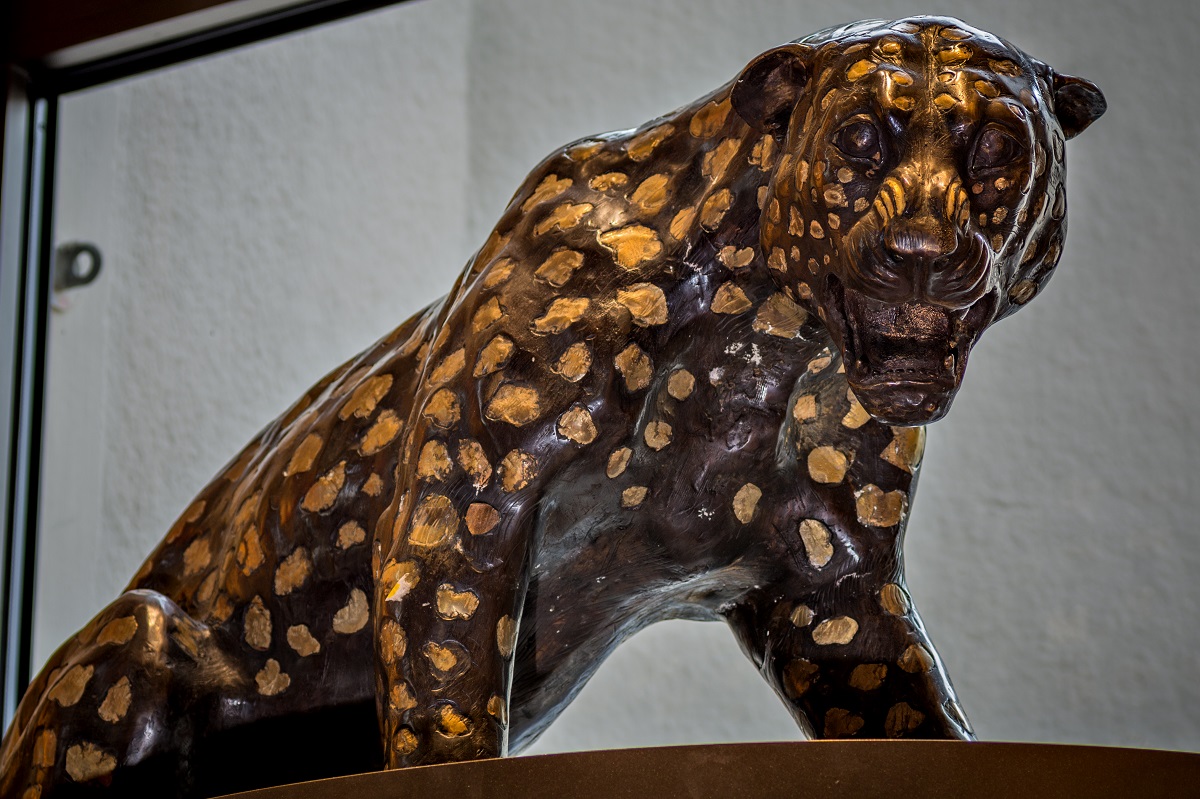 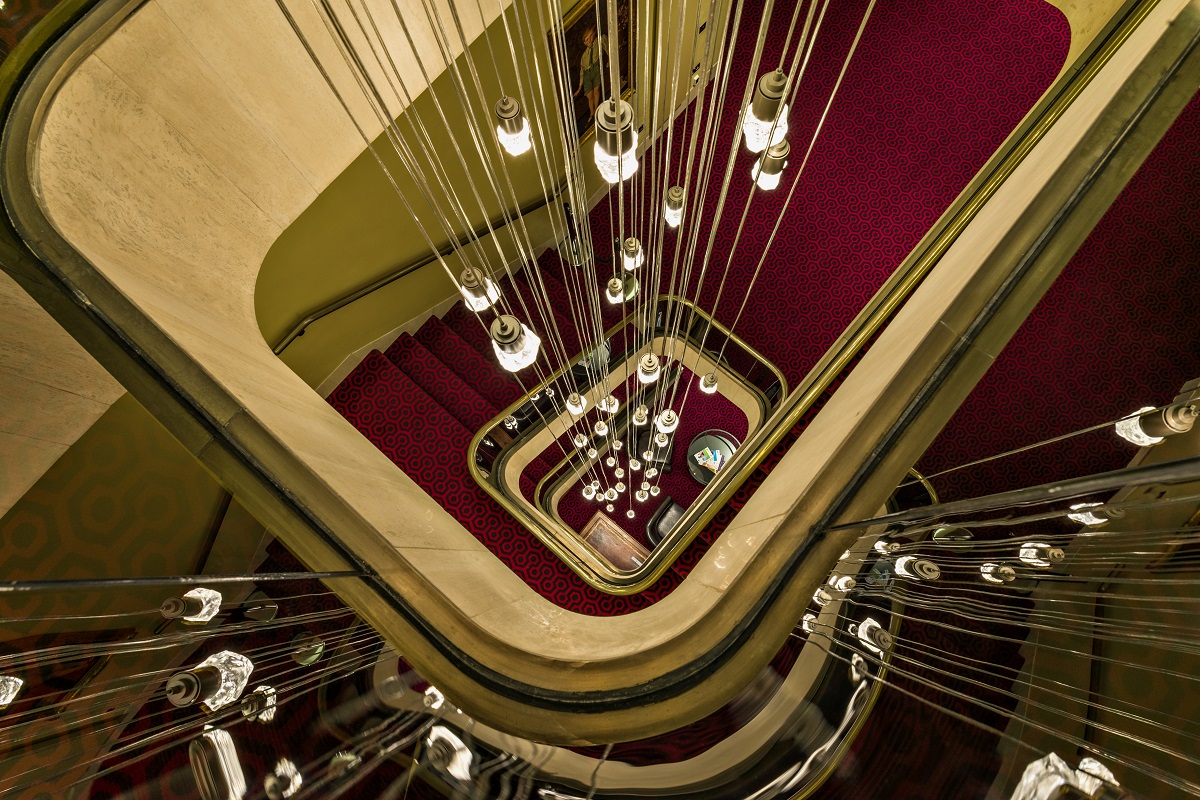 The Salters’ Company, originating from 1394, is one of the Great Twelve Livery Companies, ranked number nine in the order of precedence.

In medieval times The Salters’ Company members were salt traders, involved in the preparation of chemical mixtures for use in food. Nowadays they are involved in several charitable foundations, philanthropy and science education. The Company’s flagship charity, The Salters’ Institute, is one of the country’s leaders in the field of science curriculum development with the aim to promote the appreciation of chemistry and related sciences among the young.

Not only is Salters’ Hall a unique venue in London; it’s also home to a national collection of domestic saltcellars, and its pieces can be viewed by special arrangement. When hiring the Hall for your event, a part of the collection – saltcellars, portraits of past Masters and original documents – can be viewed in the Salt Lobby as well as throughout the Hall.

Salt has always been an important element of life and has served as currency at various times and places. Thus, saltcellars became a status symbol – those who could afford salt kept it in a container; at events, guests were seated above or below the salt according to their position in society. 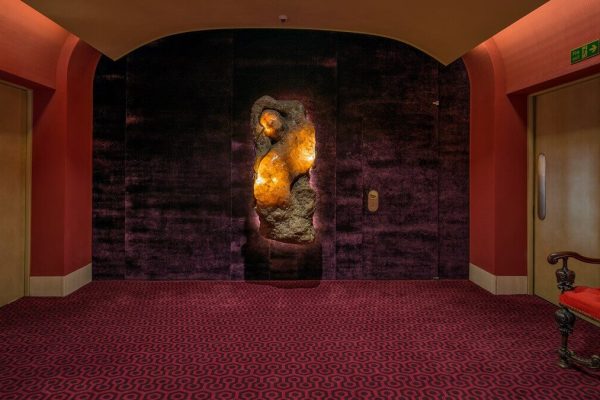 Planning your next event?

Get in touch today